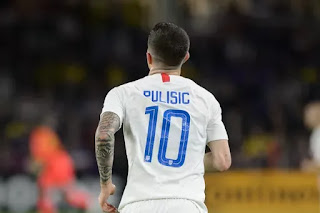 According to CBS Sports, Christian Pulisic will be the one taking over the vacant Chelsea No.10 shirt, which was worn by Willian last season and Eden Hazard for many seasons before then.

Pulisic taking the famous number is no surprise. It’s the logical choice given the 21-year-old’s excellent (if a bit injury-hit) debut season, which had him firmly in the conversation for Chelsea player of the season (despite playing in just 25 of our 38 league games) and had him as the highest rated player in our Community Player Ratings, and by quite a margin.

Here’s why Willian rejected a stay at Chelsea in order to join Arsenal: Makes sense?

Owner and founder of Mylegitinfo.com... Just that simple guy with great vision...

How Arsenal Could Line Up Against Fulham: Let's Take A Look At Arteta's Options